The original narrow-band oxygen sensors became factory installed standard in the late 1970s and early 1980s. In recent years, a newer and much more accurate wide-band sensor, though more expensive, has become available. 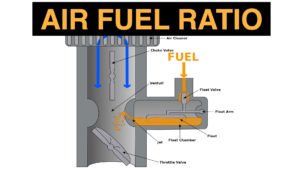 Most stand-alone narrow-band meters have 10 LEDs and some have more. Also common, narrow band meters in round housings with the standard mounting 2 1/16″ and 2 5/8″ diameters, as other types of car ‘gauges’. These usually have 10 or 20 LEDs. Analogue ‘needle’ style gauges are also available.

As stated above, there are wide-band meters that stand alone or are mounted in housings. Nearly all of these show the air–fuel ratio on a numeric display, since the wide-band sensors provide a much more accurate reading. And since they use more accurate electronics, these meters are more expensive.